An example to be followed by many. 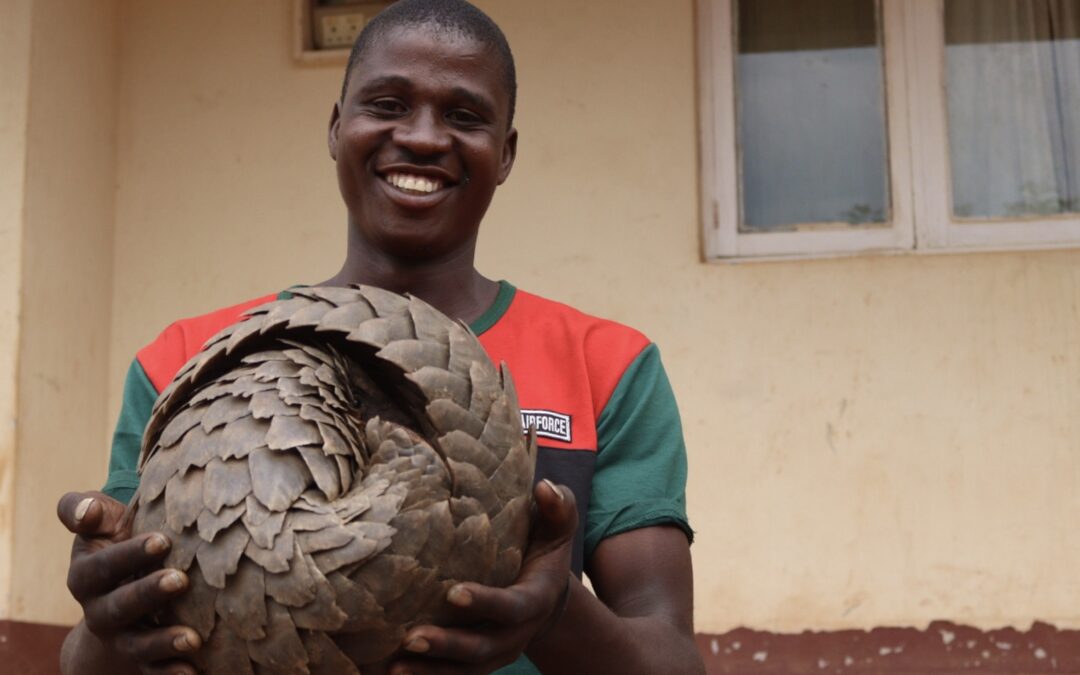 Nature is grateful for Tiago Zeca, a 24-year-old young man, who lives in the community of Canda and in the town of Balamanza.

On a beautiful day, around 7 pm, Tiago was pushing a motorbike and walking with a friend when they suddenly came across an animal that in his eyes looked very strange. It was a pangolin, but Tiago had no idea. So many questions he asked in his mind: Could it be a snake? What creature is this? The pangolin’s way of moving raised even more doubts.

Curious, Tiago and his friend decided to approach. Pangolin, with his defense mechanism, decided to curl up . Even up close, Tiago did not find an answer to his questions so he decided to call his uncle, with whom he lives, and explain in detail the characteristics of the animal he had seen.

After explaining all the details, his uncle told him that ‘Karkavuma’ is the name given to the pangolin in his local language. Still curious, he asked his uncle if he could let the animal go or take it home. His uncle already knew a little about the animal, so he asked Tiago to bring it home.

“The communities believe that a pangolin sighting is a sign of blessing, prosperity, a lot of rain, a year of production and a good harvest”.

Tiago was very scared. Together with his friend they held the animal and went straight home. When they got there, his uncle immediately told him to go to Régulo Canda and show him the pangolin. When they arrived at Régulo’s house, he explained the importance of the animal to the community and nature, and said they should hand it over to the competent authorities.

After the conversation, Régulo Canda decided it was not safe for the animal to stay in his house that night and suggested, they turn it over to the Chief of the Locality for proper follow-up.

An important fact, Régulo Canda, who goes by the name of Júlio Canda, had already worked for the Gorongosa National Park and has been raising awareness among people in his region about the importance of conserving biodiversity for the future.

Canda authorities forwarded the information to the Community Relations Sector of Gorongosa National Park, with the aim of returning the animal to the wild.

Said Tiago “The first time I saw this animal I was afraid, but then it passed, even when my uncle said to take the animal I didn’t know how to hold it”.

Tiago was satisfied with the gesture he made and especially after understanding the importance of the pangolin for nature. In the company of his friends and part of the members of the Tiago Community, he delivered the pangolin to the Park and with that he received many compliments.

According to the veterinarians who work in the Pangolin Rehabilitation Sector, the animal is in good health and will be released into the wild in the next few days.