The Biodiversity Exploration Program (BioEx) was created to address the lack of knowledge on biodiversity in Gorongosa National Park (GNP) and elsewhere in Mozambique. Despite its biological richness, Mozambique is one of the least biologically explored countries in Africa. Although over 20% of its land is under protection, there is a dearth of data on the composition and status of species in protected areas, which hinders the optimal allocation of conservation resources. There is also a shortage of local experts who can generate biodiversity data. Until recently, GNP was similarly underexplored, but it now ranks as one of the best-studied protected areas on the continent in terms of the knowledge of its biodiversity. Many of the recently documented species are new to science, endemic, or considered threatened. The Park is home to at least 75,000 species of multicellular organisms, so a continuing effort to document its biodiversity is needed. Large areas of the Park are unstudied, and the complexity of biotic interactions is only beginning to be understood. At the same time, the Park is expanding, and there is a need for data on the ecology of new areas. Documentation of biodiversity is also an ideal entry point for the training of local conservationists and researchers. Finally, data generated by BioEx are used to address a shortage of scientific and popular publications on Mozambican biodiversity.

Here at Gorongosa , we realized early on the value of comprehensive biodiversity knowledge in the management and protection of the Park and created an extensive program of species mapping and documentation.

BioEx is creating a detailed picture of life in Gorongosa, helping guide management and contributing to the creation of the best possible ecological research and conservation facilities.

Based in the E.O. Wilson Biodiversity Laboratory, BioEx has recorded 6,300+ species of animals and plants and documented many of their interactions. We discovered over 100 species new to science, 25 species endemic to Gorongosa, and collected data on 750 species on the IUCN Red List.

A map of all Gorongosa species allowed us to identify areas of endemism in the Park and its buffer zone, providing arguments to expand GNP to include the caves of the Cheringoma Plateau and the sand forest of the former Coutada 12. We screen potential vectors of zoonotic diseases. We are also building a genetic library of standardized molecular barcodes for a major subset of Gorongosa species.

We created a biological facility that includes a synoptic collection of Gorongosa’s flora and fauna. Our program collaborates with Mozambique’s national institutions, including the Natural History Museum in the capital city of Maputo. The collection areas are climate-controlled and equipped with storage for botanical and zoological specimens; the collection has a data management and specimen tracking system, including physical barcoding of specimens. We created a molecular laboratory that allows for on-site extraction, amplification, and (soon) sequencing of DNA. Students in the BioEducation Program also use the molecular facility and the collections.

Some to current and planned activities of  of the BioEx Program

– Creation of  the Gorongosa synoptic collection, including an herbarium and a zoological collection, that now contains 15,000+ specimens representing 3,000+ species

– Creation of a networked data management system for biodiversity information

– Creation of the the Gorongosa molecular laboratory

BioEx is run and managed by a small team of scientists and technicians, supported by a large network of external experts and researchers. The program is overseen by Dr. Piotr Naskrecki, an entomologist with experience in research and information technologies. He directs the E.O. Wilson Laboratory, organizes biodiversity surveys, and manages biodiversity data in Gorongosa; he also teaches and advises students participating in the BioEducation Program. Laura Macamo is the manager of the molecular facility of the Wilson Lab and is responsible for the genetic barcoding project. Norina Vicente manages the zoological collection and collects biodiversity data. Ricardo Guta co-manages zoological collection and is an interim manager of the botanical collection. P. Naskrecki, Dr. Tara Massad, and Dr. Marc Stalmans lead the publishing activity within BioEx. The network of collaborators who contribute to the program includes scientists from 20+ national and international institutions. 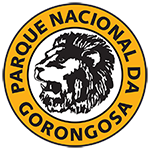