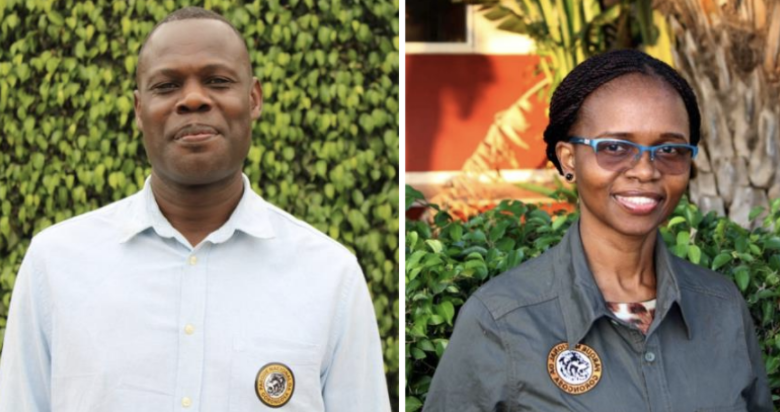 Angelo Levi holds a Masters in Local and Regional Economic Development and a degree in Agronomy. He has 22 years of experience in the private, non-governmental, foundation and public sectors. He has implemented activities funded by USAID, USDA, European Union, Norway, Ireland, DFID, Swiss Cooperation, Netherlands, Sweden (among others) in sustainable management of natural resources, cashew value chain and institutional development.

From 2006 to 2014, Angelo worked as a Consultant for KPMG-Auditors and Consultants in Cabo Delgado, contributing to the development of local, rural and urban communities. From 2014 to 2017 he worked with the Aga Khan Foundation in the cashew sector.
Since January 2018, he has been with the Gorongosa Project, holding various roles, most notably, he has been responsible for liaison between Gorongosa National Park and Sofala district and provincial governments. In this position he has been leading the creation of Community Conservancy Areas. Conservancies provide traditional communities with land tenure while also creating wildlife and biodiversity corridors and, facilitating partnerships that contribute to the socio-economic development of communities.
In his new role as Director of the Conservation Department, he is responsible for overseeing the law enforcement program for the Park as permitted by the Park’s regulations, laws of Mozambique, and relevant international standards. This is achieved by rigorously selected, well-trained, properly equipped, and well-managed wildlife rangers, operating across approx. 13,600 km2 of protected area.

Aurora Malene Psico holds a Masters in Development Finance from the University of Stellenbosch – Cape-Town, South Africa and a degree in Business Administration and Management from the Polytechnic University – Maputo, Mozambique. She also earned certificates in Project Management from the University of Cape Town and in Mindfulness by the “Escola Transpessoal” of Portugal.
She has over 30 years of work experience in the banking and development finance industries. This includes time in the private and government sectors, both national and international. She is a co-founder of the “Kids-Kruppa” child development project.
She is a social activist in defense of the rights and empowerment of girls. She is a member of “TheBoardroom Africa”. She is passionate about people, nature and books.

Additional Information about Gorongosa Rangers and our wildlife team
As a part of announcing Mr. Levi’s promotion to Director of Conservation, we provide additional information about Gorongosa Rangers and our wildlife team. A ranger is a man or woman, an officer of the law in Mozambique and required to uphold Park and national laws while simultaneously practicing the highest standards of civility in recognition of the dignity and human rights of local communities. 100% of Gorongosa Park’s rangers are Mozambican; 98% are hired from the Park’s neighboring communities.
They are integral members of the communities the Park serves. Their work is physically and mentally demanding. The Gorongosa Project retains responsibility for each ranger, their training, salaries and equipment. Ranger candidates, men and women, are chosen by their community leaders, and undergo a rigorous and independent selection and training program to ensure their capacity to perform physically and mentally.

Angelo Levi will also oversee the Wildlife Management team, a specialized, inter disciplinary group of veterinarians, scientists, community specialists and rangers. Gorongosa strives to train and employ next-generation Mozambicans and leaders in protected species recovery and research, wildlife veterinary, endangered species translocations and re-introductions, management of sanctuaries and specialized areas and equipment, and response to emergencies such as snaring or wildlife crime events. Leveraging the best available science, Wildlife Management oversees implementation of wildlife and habitat protections and restoration actions across the Gorongosa Ecosystem. Management actions may include reintroducing a new population of an extirpated species (painted wolves, rhino), or removing an invasive species. Actions can also be preventative and protective such as collaborations with human-health teams on transmittable disease vaccination campaigns or with wildlife rangers on strategic law enforcement patrols.
The Wildlife Management team also responds alongside rangers and community relations specialists to human-wildlife conflict situations in communities. Response includes, but is not limited to, safely and humanely rescuing stray or “problem” wildlife from local communities. We also strive to pro-actively reduce such conflict and promote co-existence, for example, by putting up beehive barriers, building improved corrals and predator-proof barns.