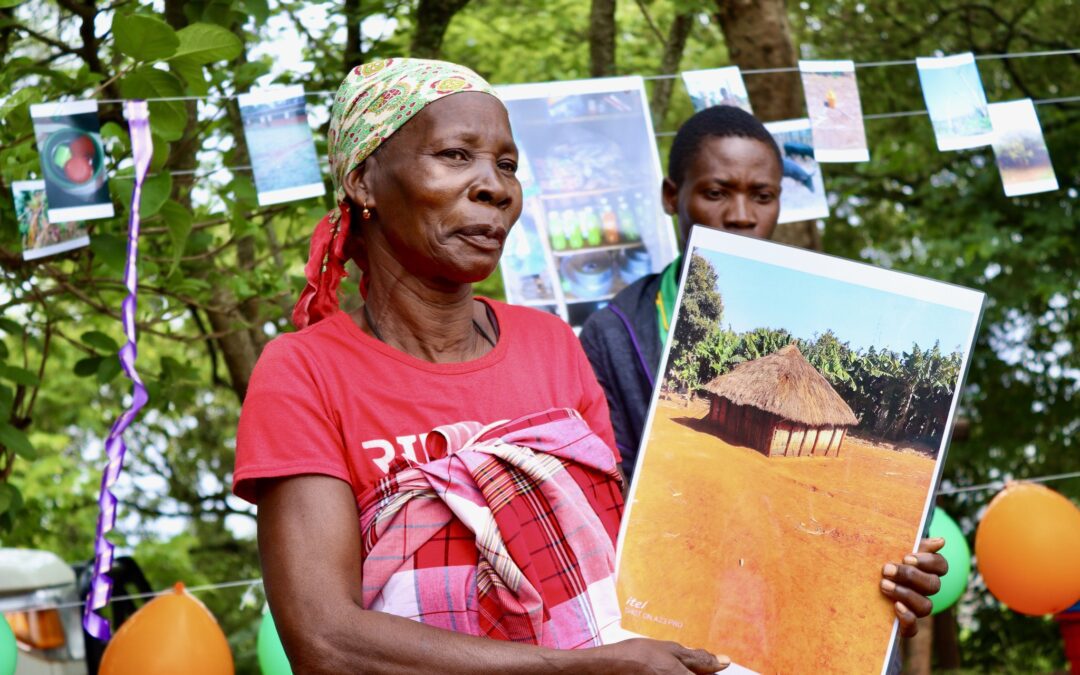 The women and men who raise and produce coffee on Mount Gorongosa shared photos of what they see as their biggest hurdles and best practices during a photography exhibit in early November.

The images they took captured the benefits of growing coffee and conserving natural resources, the challenges they face and ideas they have for improving production. For many of the 67 men and women who took photos, it was the first time in their lives they used smartphones.

In addition to sharing their images that communicate the benefits of growing coffee, the producers used songs and a theatrical play to raise awareness of how the indiscriminate felling of trees and uncontrolled burning damages agriculture and can lead to an imbalance in the ecosystem.

Together the photo exhibit, play and songs marked the final moments of a training program delivered as part of ”Minha Gorongosa”, an initiative designed to empower men and women participating in the Gorongosa coffee value chain. In addition to increasing coffee productivity and ensuring local socio-economic development, Minha Gorongosa is helping people living in the Sustainable Development Zone become more aware of the impact of social norms related to coffee production, conserving the environment, and protecting Park biodiversity.

Minha Gorongosa is an initiative organized by Park’s Sustainable Development Department in partnership with the MUVA Association.