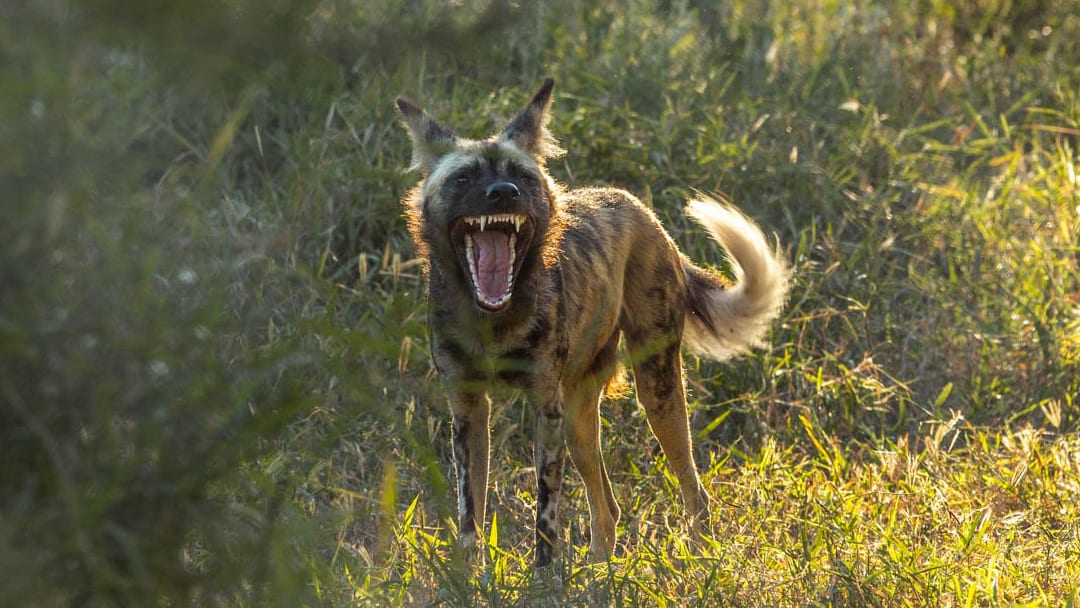 “Nature’s Fear Factor” tells the story of the reintroduction of Painted Wolves (also known as African Wild Dogs) back to Gorongosa. The film was produced by HHMI Tangled Bank Studios, a leading creator of award-winning science films.

“What Gorongosa makes clear to the world is that, if given a chance, nature is remarkably resilient,” said Head of HHMI Tangled Bank Studios Dr. Sean B. Carroll. “These scientists are putting the pieces in place so that nature can restore itself, and that gives us hope for the future.”

The film producers describe the story as follows: “For animals in Mozambique’s Gorongosa National Park, the normal balance of competition and predation was upended when a war wiped out the top predators. The remaining animals didn’t simply grow in numbers—they began behaving in unusual ways, veering outside  their typical territories and feeding patterns. Could it be that it’s not just predators’ kills that keep other populations in check, but also the fear they inspire? NOVA joins a team of scientists as they reintroduce wild dogs to Gorongosa to find out if restoring the park’s “landscape of fear” can restore balance to an entire ecosystem.”

The one-hour film special features Gorongosa’s Senior Wildlife Veterinarian, António “Tonecas” Paulo, from the Buzi district of Central Mozambique. Driven by a love of animals, he received his degree in Veterinary Medicine from the University of Eduardo Mondlane in 2016. Tonecas currently co-leads the research and management of protected species in the park—lions, elephants, pangolins, leopards and, of course, the painted wolves.

Since the initial reintroduction of 2 painted wolf packs (of 28 individuals), Tonecas has closely followed their progress. The population now stands at 79. Just this year, 33 new pups were born.
The film also features Paola Bouley, Gorongosa’s Associate Director of Conservation, who directs big cat and painted wolf recovery for the park; and Dr. Rob Pringle, Associate Professor of Ecology & Evolutionary Biology at Princeton University, a leading researcher on the long-term ecological impacts of restoration in Gorongosa.

Immediately following the premiere of “Nature’s Fear Factor” is Episode One of the three-part docuseries “The Age of Nature”, produced for PBS and BBC. Narrated by Oscar-nominated actress Uma Thurman, the series will showcase Earth’s ecosystems and how citizens, scientists and governments act to fix past mistakes and save the planet. Gorongosa will be featured as an iconic and inspirational story of restoration and hope.

On September 21, 2020, another film featuring Gorongosa National Park won an Emmy® award, the highest award given to a TV program in the USA. “The Serengeti Rules”, based on a book of the same name by Sean B. Carroll, was also produced by HHMI Tangled Bank Studios and broadcast by PBS in 2019 as part of their long-running Nature series.

NATURE’S FEAR FACTOR premieres Wednesday, October 14 at 9 p.m. ET/8C on PBS and will be available for streaming online and on the PBS video app.”