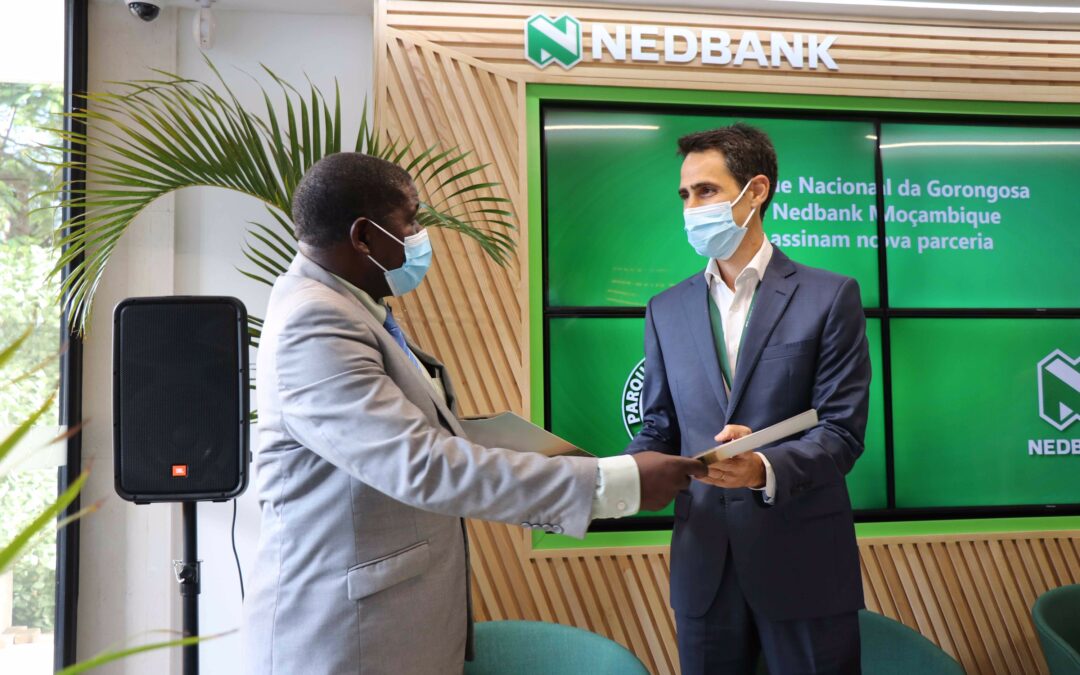 Yesterday, in Maputo, Gorongosa National Park (PNG) and Nedbank Moçambique SA (Nedbank) co-signed a partnership agreement under the auspices of Gorongosa Business Club, an initiative in operation since 2014.

The Club aims to encourage and involve the Mozambican business community in the effort to restore one of the most emblematic parks in Africa and in the world. Nedbank is committed to continuing to support the GNP Conservation Department, which oversees the implementation of management decisions in the Park and the surrounding Sustainable Development Zone. All of the Department of Conservation’s programs – Veterinary Services, Enforcement, Wildlife Management and Ecosystem Integrity are focused on strong, measurable results that ensure continued protection of Gorongosa’s precious biodiversity. 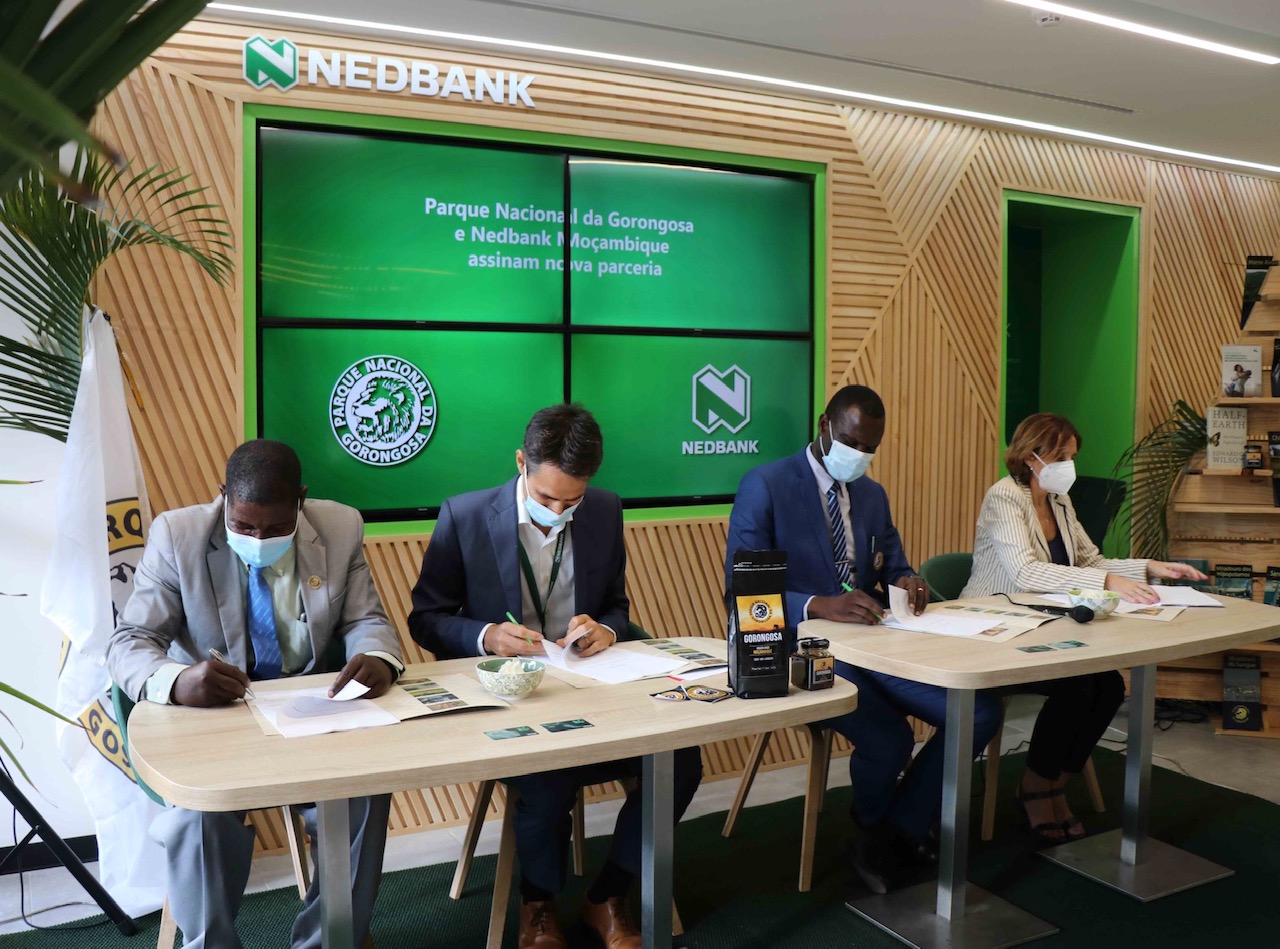 As part of the signing of this agreement, Joel Rodrigues, Chairman of the Executive Committee of Nedbank, praised the excellent work that Gorongosa National Park is doing not only for the preservation of the Park, but also for the development of the region, the communities around it and it’s international promotion of Mozambique. “Supporting Gorongosa National Park and in particular its Department of Conservation is effectively supporting the heroic mission of protecting the Park’s wildlife, thus helping to restore it to its rightful place as one of the largest parks in Africa” , said Joel Rodrigues visibly satisfied with this partnership.

During the event, the GNP Warden, Pedro Muagura, commented: “We are pleased to renew this partnership with Nedbank”, noting that “Supporting the Department of Conservation will contribute to improve our ability to face the challenges that threaten the biodiversity of the GNP. Our enforcement team needs to strengthen not only its training capacity in physical, tactical terms, but also in the field of legislation and procedures, as well as in its training in the use of work equipment. The threat of poaching requires greater aptitude, communication between the intervening authorities, reinforcement of (multifaceted) links with the community, and diversification of methods and techniques to combat illegal activity. Nedbank’s contribution will be added to the “pot” of contributions from the various partners in this area that requires large investments for relatively long periods of time.”, added Muagura.

About Nedbank Moçambique SA:
Nedbank Mozambique is a Universal Bank, which prides itself on providing a quality service, mainly oriented to the Corporate, Business Banking and Affluent segments. It was founded with the ambition to become a leading bank in the sector and come to have a commercial network covering the 10 provinces of the country, and is currently present in the 8 most economically busiest cities in the country.

Nedbank Moçambique is the Mozambican subsidiary of the South African Group Nedbank, which has a majority stake of 87.5%, demonstrating the Group’s strong commitment not only to this region and the African continent, and recognizing growth opportunities in Mozambique.

Nedbank Mozambique, one of the largest banks in Mozambique, has been in the market for 10 years, and is currently the Mozambican Bank with the most internationally awarded Internet Banking, with close to 50 international distinctions in its portfolio.

If you would like to schedule an interview with those involved in the project, please call Vasco Galante at +258 822970010 (WhatsApp) or email vasco@gorongosa.net.