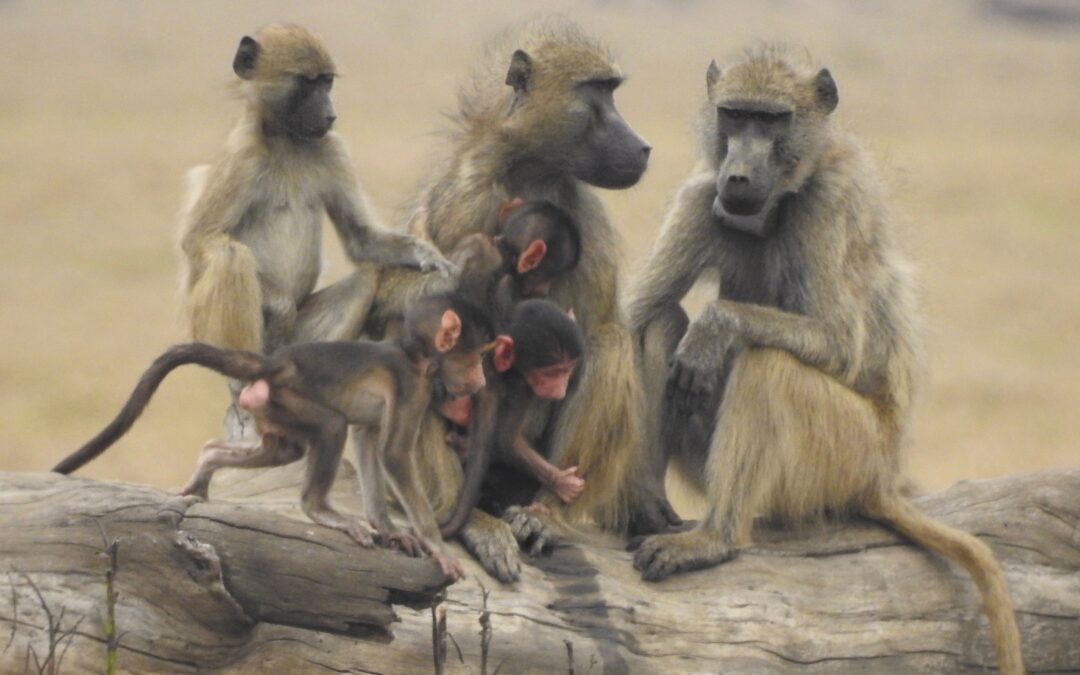 Welcome to the Paleo-Primate-Project Gorongosa!!

Where did we come from? How did we become what we are today? What contributed to our evolutionary success? These questions are at the forefront of human origin research. Their answers are key to uncovering missing pieces in the human evolution puzzle, and on which an interdisciplinary team of Mozambican and international researchers are hoping to shed light through the Paleo-Primate Project Gorongosa. Located in central Mozambique, Gorongosa National Park represents the last unstudied link in the East African Rift System and serves as an auspicious site for tackling overarching questions around the evolution of our species. The Project brings together scholars from geology, speleology, palaeontology, palaeobotany, archaeology, primatology, genetics and conservation biology, with the aim of widening our understanding of primate (and, particularly, human) evolution. The Park’s unique position and ecology allows researchers from traditionally separate fields to work side by side, collecting both modern and prehistoric data necessary for painting a clearer picture of what drove our evolution in the past. 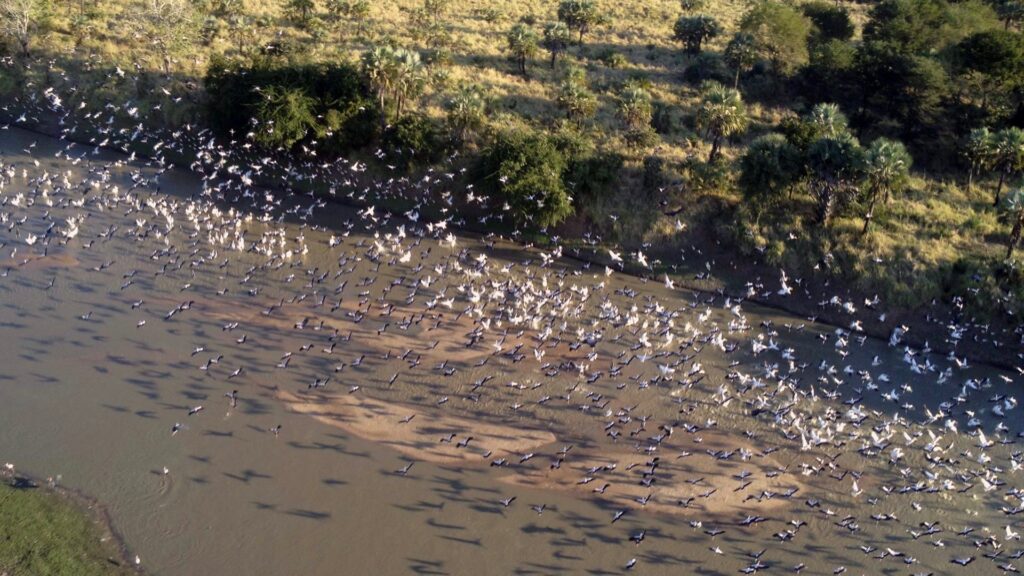 Why is the Paleo-Primate Project Gorongosa so Unique in Africa?

Gorongosa National Park lies at the southern end of the East African Rift System, between the famous fossil sites of eastern Africa and the fossil-rich cave systems of South Africa. Sediments from several ages have been found inside the Park, including from the Miocene period, a time when hominins—our earliest bipedal ancestors—originated in Africa. Gorongosa is a complex mosaic habitat, including areas of woodland, forest, savanna, grassland and swamp teaming with life, vegetation, and mammalian fauna, like those found in the environments of human evolution. Among the animals living in Gorongosa today are five species of non-human primates, including an estimated 200 groups of free-ranging baboons, thriving due to an abundance of food, and low predation levels. 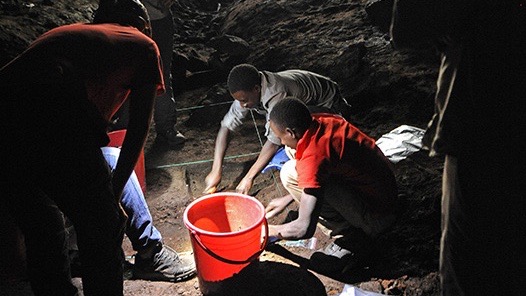 The first fossils of Gorongosa have been uncovered!

Gorongosa National Park’s unique position and ecology allows researchers to work side by side, collecting the kind of modern and prehistoric data necessary for painting a clearer picture of what drove our evolution. The Paleo-Primate team has identified several caves and promising open air fossil sites in Gorongosa Park. Excavations are yielding mammalian fossils pre-dating the earliest hominin fossil evidence on record, currently placed at about 8 to 10 million years ago. In addition to mammals, the team is finding aquatic fauna fossils, such as turtles, crocodiles, sharks and rays, crustaceans and oysters, among others. At one time Gorongosa was a coastal forest located in an estuary, the only place of its kind in the African Rift Valley. The hunt is on for fossil primates, including hominins, in what may be a multi-decade exploration and research endeavour yielding new insights about how and when our earliest human ancestors evolved!

The Paleo-Primate Project Gorongosa team uses innovative technologies such as computer vision and machine learning to better understand the ecology and evolutionary history of the Park. Some of the ongoing research includes using drone footage to record transects of a floodplain habited by the baboon troop we are studying. With the aid of artificial intelligence, we can extract landscape information from hours of footage, including counting animals, identifying species and detecting carcasses. The identification of primate behaviour (e.g. walking, hunting, eating), can be gleaned from large volumes of videos. Gorongosa baboons represent a species-model which may shed light onto important questions regarding hominin evolution, such as why do humans walk on two legs. Remote detection of fossil sites using pictures taken by satellites orbiting in space helps us find more sites and allows us to better reconstruct the Park’s ecological past. 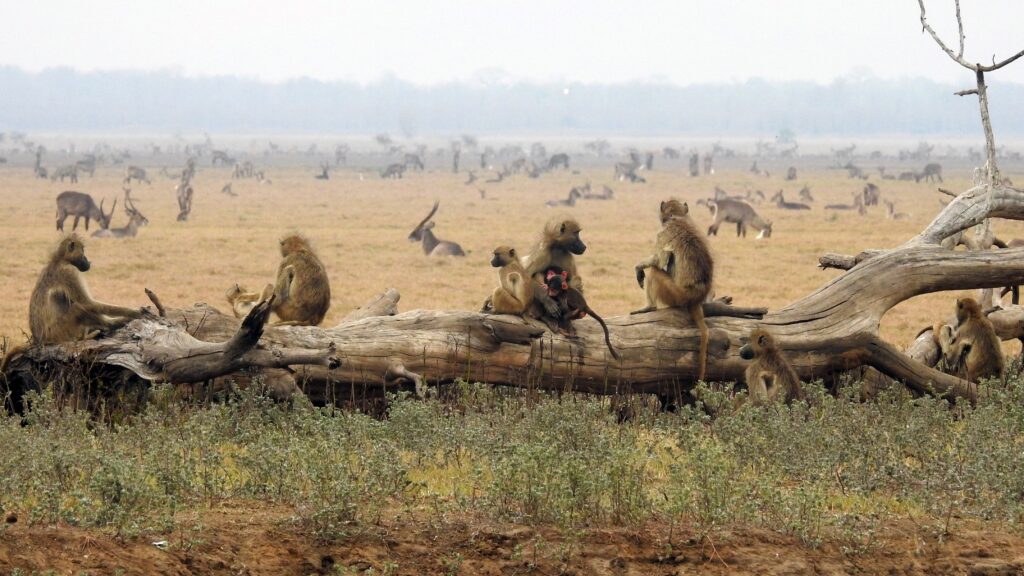 Walking among the monkeys of Gorongosa.

Baboons offer a fascinating insight into how our ancestors may have lived and behaved millions of years ago, providing a useful model for reconstructing past human behavioural evolution.  Paleo-Primate Project Gorongosa focuses on the study of these modern primates, their behaviour, genetics, and anatomy. By observing baboons and their behavioural adaptations to the Gorongosa ecology, researchers are investigating how some of our own human ancestors would have lived, including the ways they used resources in their habitats, the types of threats they faced, and how they overcame those threats to succeed in similar environments. 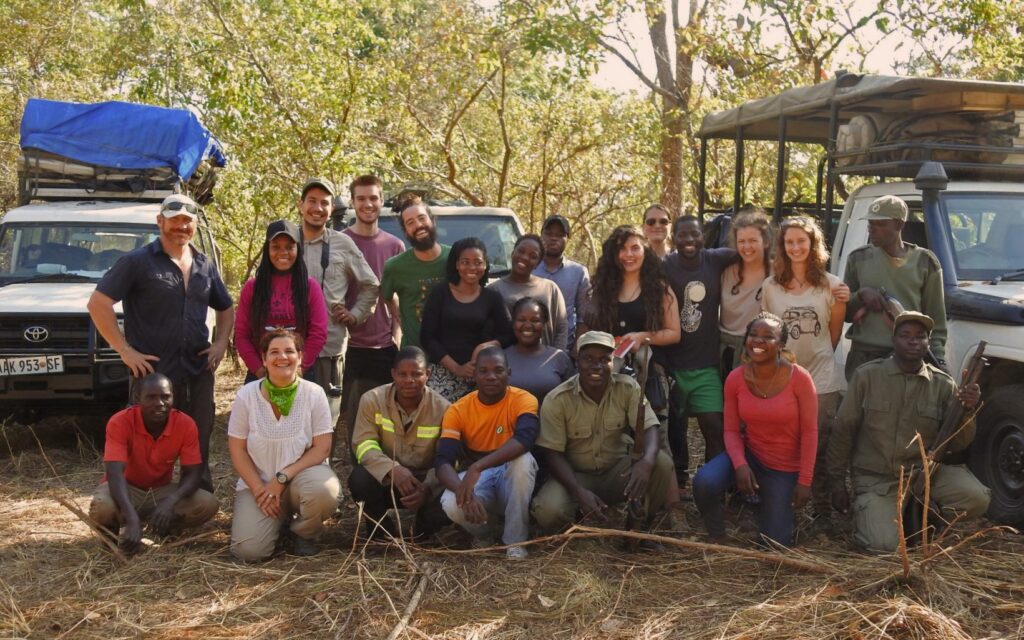 Mentoring the next generation of Mozambican scientists.

From its onset, the Gorongosa Paleo-Primate Project focused on nurturing the next generation of researchers. In 2018, Professor Carvalho officially launched the Oxford-Gorongosa Paleo-Primate Field School which draws upon the Project team to provide students with training in primatology, palaeoanthropology, archaeology, geology, and speleology, all within the ecologically rich setting of Gorongosa National Park. Half the students selected each year are from Mozambique. More than 20 Mozambican studens have been mentored to date, with a number pursuing associated disciplines and conducting valuable research. Field school students can also develop and conduct their own independent research projects in the Park, collecting original data which may form the basis of their undergraduate or postgraduate dissertations. Mozambique’s first paleoanthropologist and primatologist are well on their way to accomplishing their Master and PhD degrees and will serve as the next generation of mentors. 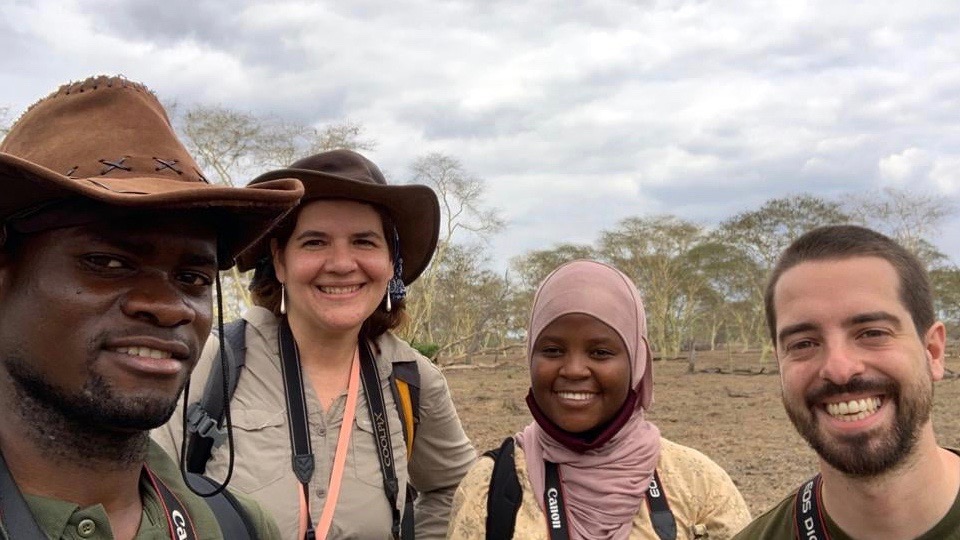