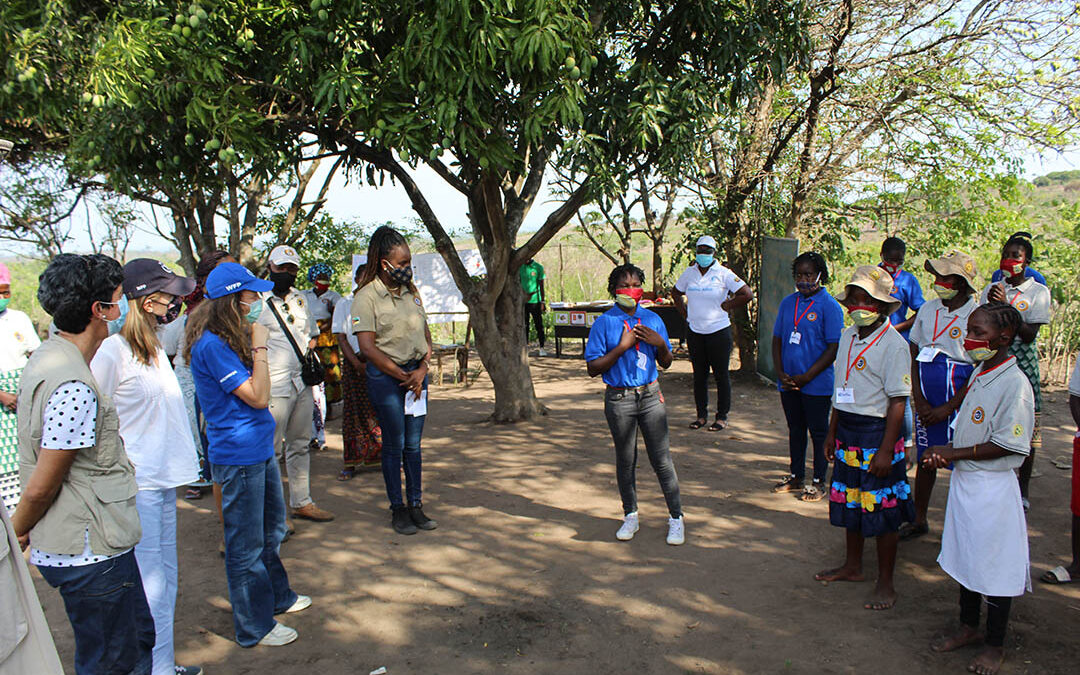 Between November 24th and 25th, we were honored to receive Princess Sarah Zeid of Jordan at Gorongosa National Park. She and her entourage arrived from Chemba on a mission with the WFP, were they stopped at the Gorongosa District Administration for a courtesy visit where they were received by the local government led by the Permanent Secretariat.

Then they went to the Matacamachaua community where they were received by the Girls’ Club with music and dancing. The club warmly received them and showed their activities. The scholarship beneficiaries were also present and were able to give a tell more about the work of the clubs.

Princess Zeid with the “Godmothers” of the program and the community leadership before heading to the Park where they went to meet with Greg Carr to discuss future collaboration.