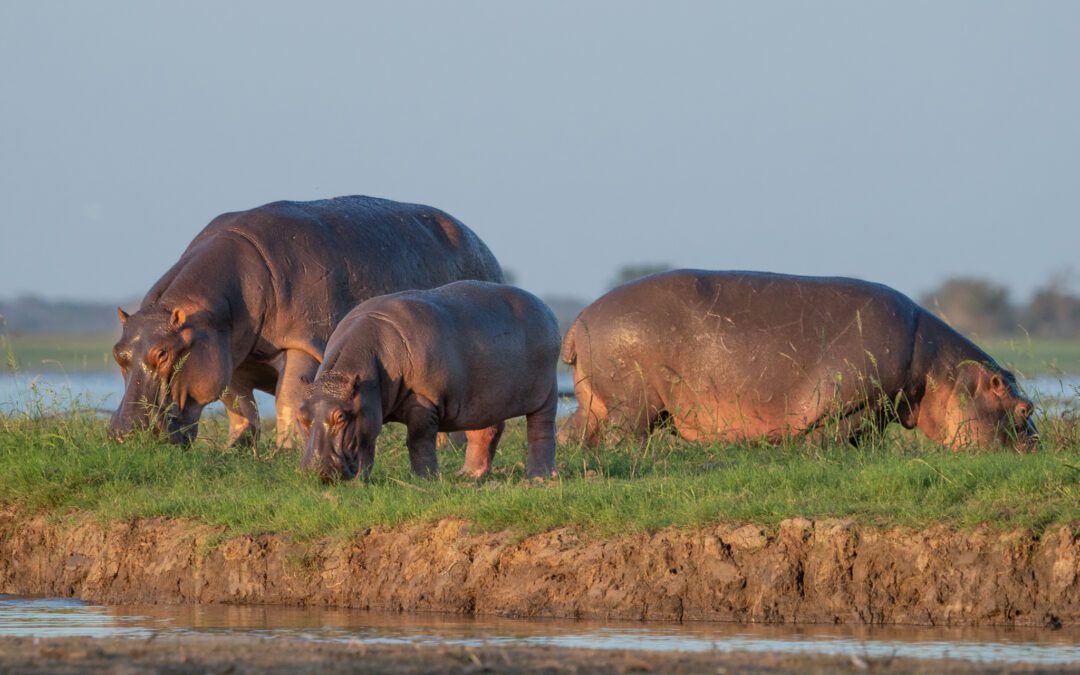 More than 102,000 animals were counted – the most ever – by the Gorongosa National Park Science Department during its 2022 aerial wildlife count. The team surveyed a core 60% of the Park in late October over a period of 12 days.

“This year’s findings provide new insights into the recovery and the dynamic nature of the wildlife populations in Gorongosa National Park,” said Dr. Marc Stalmans, department director. “Some species are growing and others are declining in numbers. This is ‘normal’ in such a large, open natural system where predation and competition are increasing and favouring some species over others.”

The large shaggy-furred waterbuck is the most numerous of all antelope in the Park. The team counted more than 63,000 waterbuck from the helicopter, surely the largest population of this species anywhere in Africa. Increasingly, the waterbuck are falling prey to the growing numbers of lion and wild dog.

In historical times, some 6,000 blue wildebeest roamed the plains of Gorongosa National Park, but by the time restoration of the Park started after the war, there were literally only a dozen left. In 2007, a total of 180 wildebeest were introduced to the Park. The wildebeest are adapting very well and their numbers are growing at a rapid pace. This year we counted 1,525 wildebeest during the aerial wildlife count. They are mostly concentrated in the southwestern part of the Park.

During this year’s aerial wildlife count we also documented the presence of crowned cranes (162 in 2022), saddlebill storks (82) and southern ground hornbills (238). These large birds are generally under some pressure in southern Africa. The marabou stork is a common sight in many National Parks in southern Africa and it is a species of ‘Least Concern’ as categorized by the International Union for Conservation of Nature. Yet, it is not breeding in any great numbers in the sub region. Rather, southern Africa forms a ‘sink’ for marabous that disperse southwards from the large breeding colonies in countries such as Uganda. This year, we counted a total of 432 active marabou stork nests in Gorongosa Park. This is the largest known breeding colony documented in southern Africa and has been increasing in size annually since it was first monitored in 2016 when only 32 nests were counted.

Left – Marabou Storks and chicks in a baobab tree. Right – A Pod Mahogany tree with its new summer-leaves and Marabou Stork nests.

Hippo is one animal species that was almost totally decimated during the Mozambican Civil War (1977 – 1992). In the 1960’s the hippo population was about 3,500 strong. By the year 2000, there were less than 100. Since then, the hippo population has been steadily recovering. On the last day of the 2022 count, we dedicated flight to counting hippo and crocodiles, flying south from the middle-Vunduzi River to Lake Urema and then to the confluence of the Urema and Pungue River. The hippo are concentrated in Lake Urema with one pod counting more than 100 individuals. This year we counted 964 hippo in total!