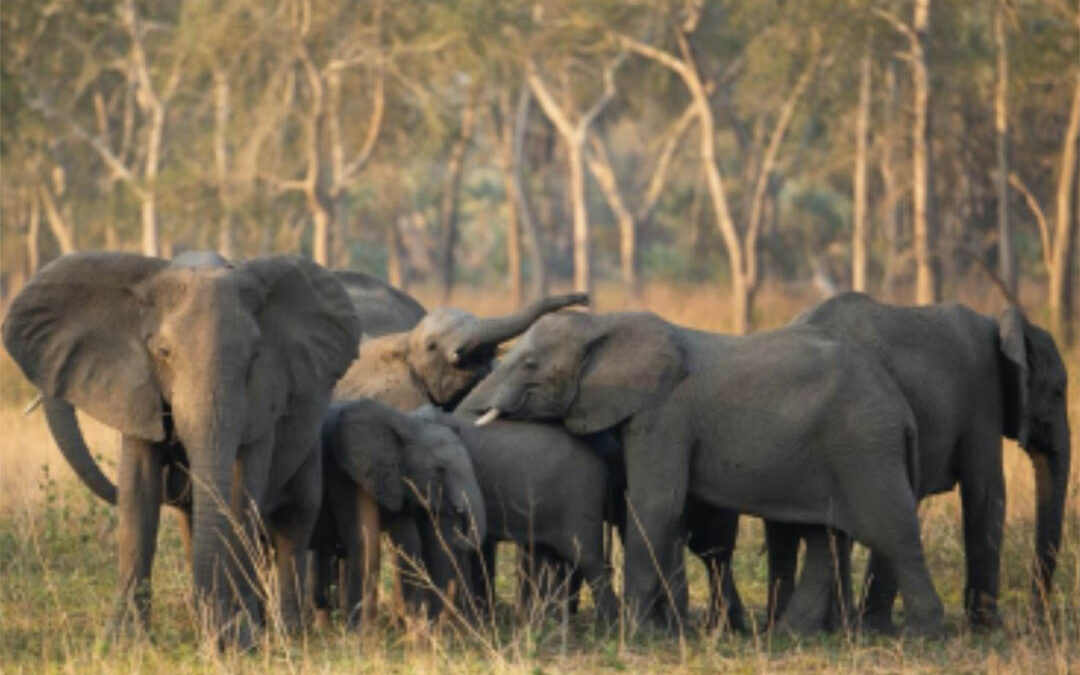 “Rest-Head”: In Gorongosa an adolescent female in Iria’s family rests her head on a calf. Photo: ElephantVoices

They say elephants never forget. And, for decades, scientists have shown us that elephants are also highly intelligent. They are “among the most socially complex non-human species on our planet,” according to Dr. Joyce Poole, Scientific Director of the non-profit group, ElephantVoices.

The social complexity of elephants is expressed in a wide range of behaviors and communications that Dr. Poole has helped identify, based on 45 years of work in Gorongosa National Park in Mozambique, as well as Amboseli National Park and Maasai Mara ecosystem in Kenya. Now, thanks to Dr. Poole and her husband Petter Granli, CEO of ElephantVoices, the world finally has a comprehensive tool for understanding the language of elephants.

Dr. Poole has compiled all her research into a landmark project: The Elephant Ethogram: A Library of African Elephant Behavior, a unique, user-friendly online database on the behavior and communication of the endangered African savanna elephant (Loxodonta africana). The fully searchable database categorizes and describes over 500 behaviors, and documents them with over 3,000 annotated video clips, audio field recordings and photographs. 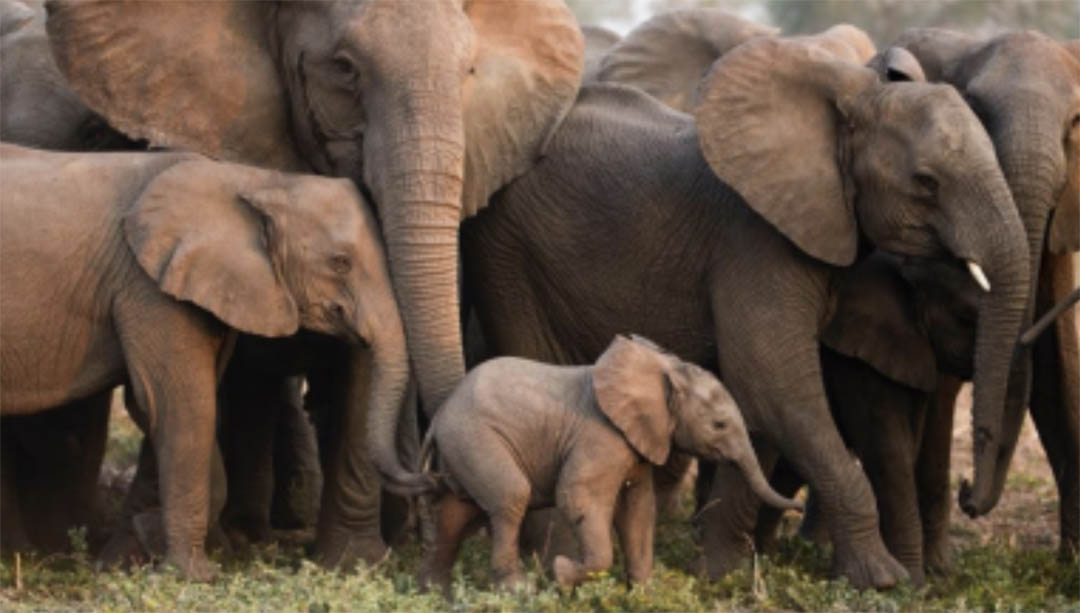 “Coo-Rumble”: In Gorongosa Matriarch Junia and her daughter Coo-Rumble as they touch an infant. Photo: ElephantVoices

Dr. Poole describes the project as a “multimedia catalogue, or library, that aims to describe the characteristics and, where possible, the functions of the behaviors that have been recorded for African savanna elephants. We intend The Elephant Ethogram to be a repository for scientific study and comparison, and to inspire broader interest in elephant behavior, conservation and welfare.”

The Elephant Ethogram documents the “rich postural, gestural, tactile, chemical and acoustic communication and behavior of savanna elephants, including rare, novel and idiosyncratic behavior, as well as that expressed in response to people,” explains Dr. Poole. The Elephant Ethogram is based on decades of behavioral studies and photographic, acoustic and videographic collections and defines 404 Behaviors, 109 Behavioral Constellations and 23 Contexts. 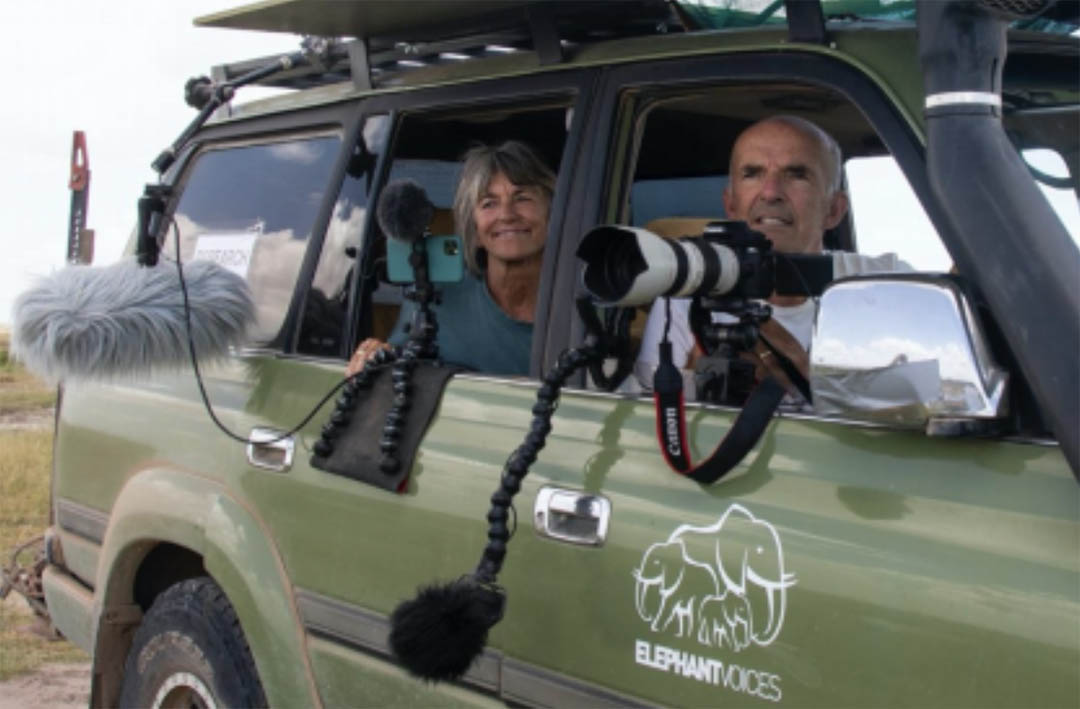 Announcing the release of the project, Petter Granli, CEO of ElephantVoices, said, “We are very excited with the results of this massive, multi-year effort. The Elephant Ethogram is really a culmination of Joyce’s life’s work, and it feels very satisfying to be able to share it with the world through the organization we founded and have built together.”

A significant portion of the video clips used in The Elephant Ethogram were filmed in Gorongosa National Park during Poole and Granli’s research over the last decade. Much of the video used was originally created for television programs, such as the PBS and National Geographic’s “Gorongosa Park Rebirth of Paradise” 6-part series, filmed by Joyce’s brother, Bob Poole, an award-winning wildlife cameraman. Thanks to a special arrangement with Gorongosa Media and other copyright stakeholders, permission was granted for the footage to be used for this important scientific and educational purpose.

“We were delighted this footage could be used in The Elephant Ethogram,” said James Byrne, Director of Gorongosa Media. “For decades, by freely and generously contributing her time to TV programs—often appearing on-camera as well as acting as a scientific consultant—Joyce has been a powerful global voice on behalf of elephants in public communications. She is one of a handful of people that have shown the world how extraordinary—and vulnerable—elephants are. Doing all this TV work has raised global awareness, concern, and protection for elephants to a high level, but it’s come at a significant cost in terms of Joyce’s time, energy, and scientific focus. So, it’s really nice to be able to give back in a small way, and give this footage a scientific research and educational purpose beyond the TV programs, enriching the world’s understanding and appreciation of elephants.”

As interest in the intelligence and emotions of non-human animals grows in the scientific community and general public, The Elephant Ethogram reminds us about the extraordinary complexity and beauty of elephants, the world’s largest terrestrial animal species. Dr. Poole says, “We intend The Elephant Ethogram to be a repository for scientific study and comparison, and to inspire broader interest in elephant behavior, conservation and welfare.”

Dr. Poole states that in the 45 years since her studies began, enormous changes have impacted the lives of elephants. “It is urgent to document the natural behavior and gestural and acoustic communication of this complex, intelligent and charismatic species. Elephants are at the brink of potentially catastrophic changes, with their way of life, and very existence, endangered by our own species. We hope The Elephant Ethogram will remind people what will be lost if we don’t change course.”