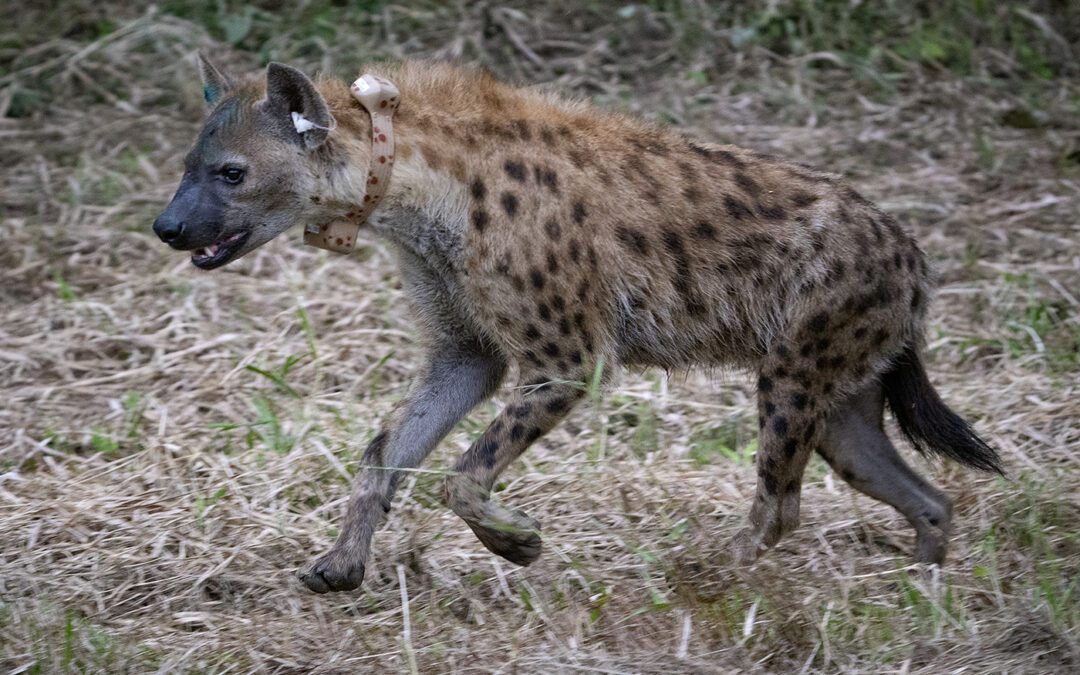 A clan of hyenas took flight and relocated from the Karingani Game Reserve to Gorongosa National Park.

Hyenas are critical to the ecosystem. Not only are they scavengers and part of nature’s “clean-up crew” they are proficient predators and help maintain healthy herbivore populations.

A hyenas’ powerful jaws and unique digestive system also enables them to consume bones, making their excrements extremely high in calcium and phosphorous to the point where hyena poo is often white! These calcium deposits allow hyenas to help recycle nutrients back into the environment. Many reptile species, such as tortoises, consume the excrement as an added source of calcium to their diet.

Two weeks ago, the clan from Karingani were captured and moved to a temporary predator holding facility. Through a collaborative conservation initiative with Administração Nacional das Áreas de Conservação, Gorongosa National Park, Karingani, and the Mozambique Wildlife Alliance, the hyenas were flown to their new home in Gorongosa National Park. Once the clan adjusts to its new surroundings in a Gorongosa holding facility, the hyenas will be released into the park.

This historic move showcases Mozambique’s dedication to conservation through collaboration to restore and protect biodiversity. Karingani is honoured to work with like-minded organisations to promote conservation across Mozambique.

Gorongosa National Park in central Mozambique is dedicated to the protection and enrichment of its biodiversity-rich landscape. Part of the Park’s conservation plan is to return natural species back to the landscape and continue to build upon their biodiversity. Karingani, dedicated to restoring landscapes, is proud to support and collaborate a similar initiative by donating a clan of spotted hyenas.