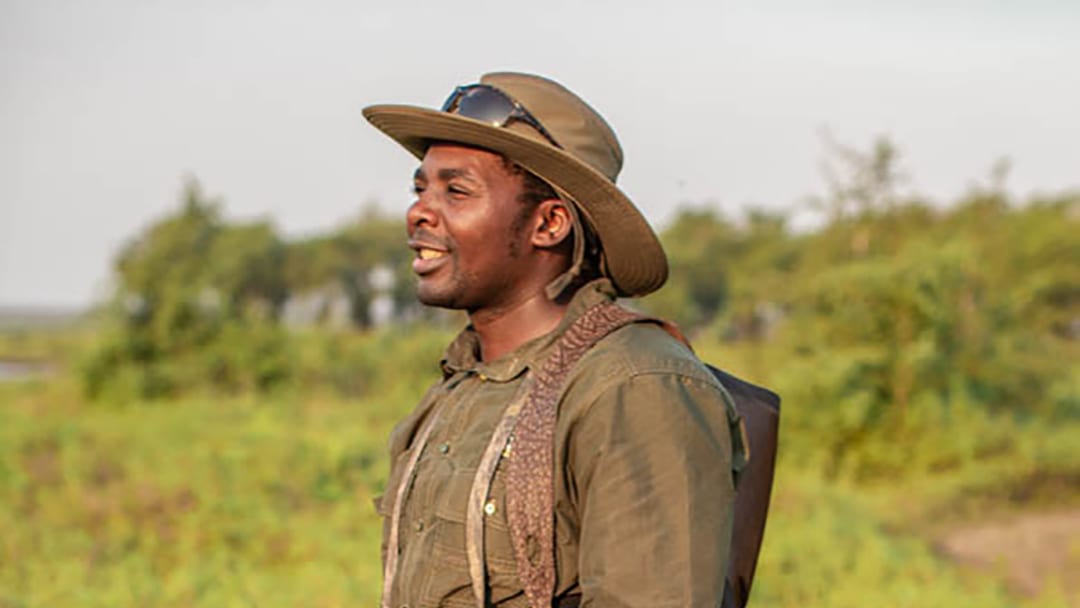 I am Test Malunga, I work in Gorongosa National Park in the Tourism department as the Activities manager, Nature guide and a tourist nature guide’s trainer. I also operate “Wild Camp”  and seasonal camps within the National Park. Some of my main objectives in the Park include providing a life changing experience for all the tourists who visit the Park, by affording them memorable wildlife experience that they will treasure. As a nature guides trainer I give opportunities to young Mozambicans, women and men, from the surrounding communities to become Tourist Nature guides. I have been with Gorongosa National Park for more than four years now.

I was in 1980 and raised in Zimbabwe where I did my primary and secondary education. I finished high school in 1999 at Dalny Secondary school and started my studies for a Diploma in Hotel Operations and Management with British College of Professional Management in 2001, which I completed in 2003. I was fortunate enough to secure an opportunity to be employed by Chengeta safari Lodge in Zimbabwe during the time of my hotel studies where I started as a kitchen porter, which served as my apprentice in hospitality training and management. On completion of my management Diploma in 2003 I started working as a trainee nature guide and became a qualified nature guide in 2004.

I met my wife in 2003 and got married in 2005, we now have 3 children, one boy and two girls. I worked at Chengeta as a guide until 2007 then I moved to South Africa together with my wife. I then pursued my nature guiding career and attained the highest qualifications in guiding which is level 3 trails guide with (Field guide Association for Southern Africa) and specialized in birding.

In June 2017 I moved to Mozambique Gorongosa national Park for the change of environment and also seeking new challenges. In 2018 I started my Bachelor’s degree in Ecology with Atlantic International University and graduated in June 2021.

I worked for a few lodges in South Africa together with my wife Felistas as management couple, between 2007 and 2017 June, namely Tatenda Lodge as Lodge Operations Manager, Zuurberg Mountain Village as Assistant manager/ head guide, Samara Game Reserve as Assistant manager/ head guide and Makweti safari Lodge assistant Manager/ head guide. This experience has allowed me to interact with people at different levels and leant a lot from different cultures of the world since all my responsibilities have always included spending several hours interacting with visitors.