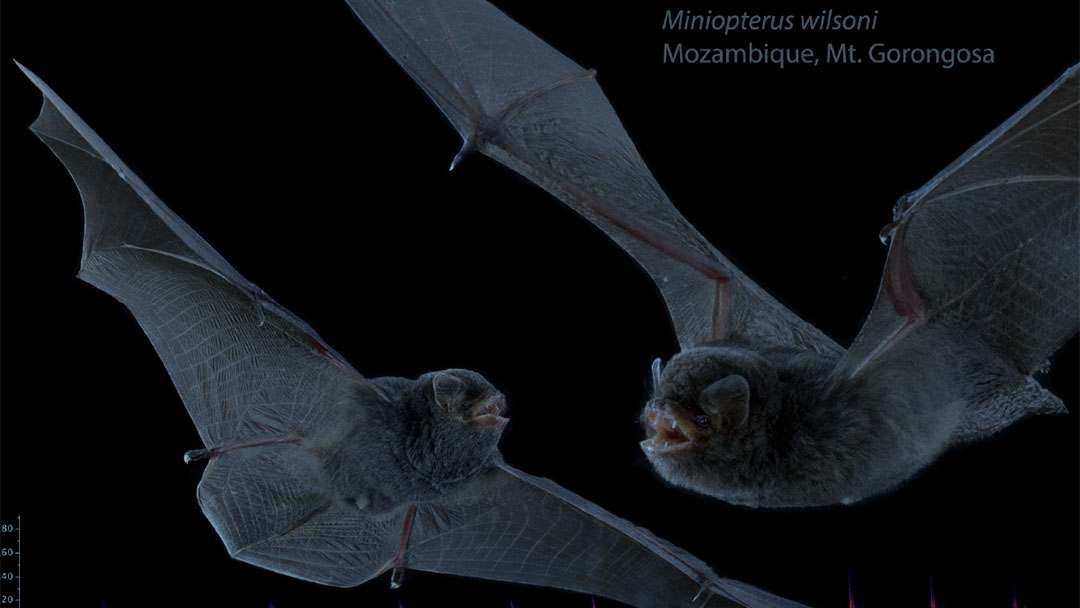 “We’re thrilled to add a new bat species to the checklist for Mozambique,” says Piotr Naskrecki, Director of the Gorongosa’s E.O. Wilson Lab and one of the co-authors. “It’s not often that new mammal species are described anymore, but genetic methods are revolutionizing taxonomy and allowing us to unearth a whole host of species that are often difficult to distinguish based on their morphology alone.”

This new species was collected as part of the E.O. Wilson Lab’s ongoing biodiversity exploration, which seeks to document all macroscopic flora and fauna in the Greater Gorongosa Ecosystem. The bats were found to oost in rocky formations that surround Gorongosa’s shade-grown coffee plantations and they forage on insects in and around the coffee plants, possibly helping control potential pest species. The reforestation effect of the shade-grown coffee in turn ensures the safety of the species’ roosting and feeding sites. 100% of profits from Gorongosa Coffee’s specialty blends support conservation and human development activities in Gorongosa National Park. Bats provide important ecosystem services, such as pollination, seed dispersal, and pest control. They show high species diversity and interesting patterns of endemism, making them a group of particular conservation concern, useful for setting conservation priorities.

At around 1,400 recognized species, bats represent about 22% of all mammalian species. This study brings the bat species count for Mozambique to 73. These discoveries add to the already remarkable diversity and complexity of the Gorongosa ecosystem, which suffered near-total declines of large mammals during the Mozambican civil war. Recently, Gorongosa scientists have discovered that the park and its surrounding areas (the Greater Gorongosa Ecosystem) boast a particularly rich bat fauna as well. As of 2020, at least 50 bat species are known from the GGE, which is ~68% of the total number of species known from Mozambique. The authors of this paper are thus confident that Mozambique will continue to produce new bat species in the near future.

“This study highlights the importance of protected areas such as Gorongosa National Park to the survival of the world’s biodiversity”, says Naskrecki. “Mozambique is quickly becoming one of the leaders in conservation of African biodiversity, and more discoveries like this one are expected.”