Gorongosa Park featured in new book about practicalities (and possibilities) of rewilding. 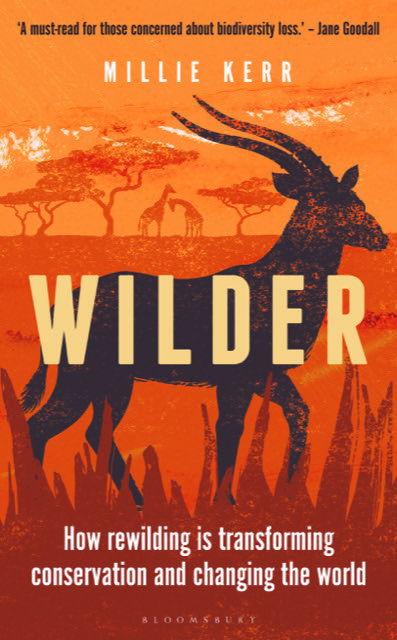 Rewilding is a new approach to wildlife conservation with incredible potential. Author Millie Kerr believes If conservation can preserve what remains and stave off further declines; rewilding goes further, seeking to restore entire ecosystems by bringing back species that are locally, extinct.

Author and conservation journalist Millie Kerr explores our relationship with the wild and takes a closer look at the practicalities (and possibilities) of rewilding while spotlighting unique success stories.

“These stories cover a spectrum of conservation methods,” explains Kerr. “At one end is the ‘passive’ approach that focuses on ecological restoration – in essence, allowing land to recover naturally. At the other end is what might be termed ‘active’ rewilding, where habitats are actively restored and keystone species are reintroduced to quicken the process of recovery.”

According to Kerr, most rewilding discussions center on projects in the US, UK and parts of Europe, however she says rewilding is taking root all over the world. Kerr explores dozens of sites and species, from the return of jaguars at an Argentinian national park to the first-ever pangolin reintroduction project in South Africa. Along the way, she meets determined conservationists who are cultivating a better future.

Millie Kerr is a multimedia storyteller focused on wildlife conservation. A former attorney and graduate of the University of Cambridge’s master’s in conservation leadership, Millie has spent the last decade writing about global wildlife conservation and ecotourism, mainly as a freelance journalist. She is a Royal Geographical Society fellow, who has also worked for Panthera and the Wildlife Conservation Society; and has been retained by African Parks, Elephant Family, and Fauna & Flora International as an external consultant. She is a skilled wildlife photographer and has won several awards for her images.

Her creative essays and articles appear in dozens of publications, among them The Economist, National Geographic Traveler, The New York Times, Popular Science, and The Wall Street Journal.